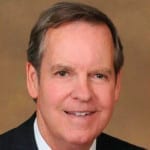 As a former federal prosecutor, John M. Fitzgibbons brings a nuanced perspective to his criminal defense practice at his firm in Tampa, Florida. Representing clients throughout the state of Florida who have been charged with state or federal offenses, his knowledge and abilities have earned him certification as a criminal trial law specialist by The Florida Bar Board of Legal Specialization and Education, board certification in criminal trial advocacy by the National Board of Trial Advocacy, an AV Preeminent* rating from Martindale-Hubbell and repeated listings in Best Lawyers in America**.
After receiving his bachelor's degree from St. Norbert College in 1972, Mr. Fitzgibbons earned a Juris Doctor at the University of Iowa College of Law in 1975. Prior to founding his firm in 1987, he served as an assistant U.S. attorney in Iowa and Florida, was special counsel to the U.S. House of Representatives and worked as a trial attorney with the U.S. Department of Justice. Admitted to practice in Florida, Iowa and the District of Columbia, Mr. Fitzgibbons is also admitted to practice before the Supreme Court of the United States, and numerous federal district and appellate courts throughout the country.
A fellow of the American College of Trial Lawyers, the American Board of Criminal Lawyers and the International Academy of Trial Lawyers, Mr. Fitzgibbons has held leadership positions in several other professional organizations. A past chair of the Trial Lawyers Section of the Hillsborough County Bar Association and past president of the Herbert G. Goldburg Criminal Law American Inn of Court, he is currently the statewide chair of the Florida Federal Judicial Nominating Commission. Among Mr. Fitzgibbons' many honors is his receipt of the James Kynes Memorial "In the Trenches" Award for Criminal Trial Practice from the Hillsborough County Bar Association Trial and Litigation Section.