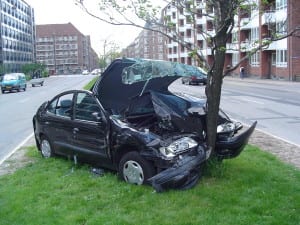 Post-Traumatic Stress Disorder (PTSD) is caused by certain emotionally-damaging incidents. People of all class and profession are susceptible to it alike. Rape, torture, accidents, etc. are some of the causes of PTSD.

Several people face one or more of these emotionally-injuring incidents but not all develop PTSD. Angst can be distinguished from PTSD on the basis of chronicity. A normal car accident-victim can be elusive towards driving for some time, after which he gets back to regular life. On the contrary, PTSD patients fear driving throughout his life.

Mental health plays crucial role in psychological recovery of an accident-victim. People with good mental health are able to overcome fear and concern towards driving or any particular activity. However, people who lose their mental power to tackle surge or panic develop PTSD. They continuously find their mistakes that lead to the accident even though there might not be any. Their mind develops a strange mechanism to tackle memory of event. They try to totally elude from the incident, including thoughts and discussions about it. PTSD patients often develop mental disorders like Dissociative Personality Dsiorder.

Although it may seem horrible, PTSD can be treated by psychiatric counselling. It is also nonsense that many people fake symptoms of PTSD. Due to this notion, legal representatives of personal injury do not document PTSD. Emotional injuries may add up to 50% to the claimed value. Besides, studies have revealed that 45% of accident victims suffer from it. Hence, it should not be neglected in claim.