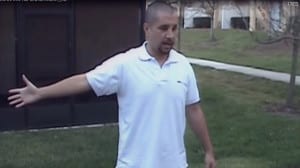 The arrest of Mr George Zimmerman popularized the term ‘Stand Your Ground” among the Americans. Following the acquittal, there was a controversial coverage around the news networks, public circles and social media platforms. Some of the celebrities also threatened of boycotting the state due to this law. This happened in spite of the reality that Florida features in the group of 26 states which follow the law of stand your ground in some form. Many people keep on arguing that it’s constitutional without knowing the real meaning. This is quite common in the Florida state.

You may follow the facts mentioned below to go deeper on the matter:

Regulation 776.032 of Florida supports the theory that an individual is entitled to resort force for defending them self. The person is safe from criminal prosecutions & civil suits for using such force. Many people including those who were aware of this George Zimmerman’s case may or may not have accepted the outcome. These people don’t have knowledge on the differences between this stand-your- ground matter and laws of self-defense.

Stand-your-ground becomes a legal issue for the judge to consider. On the other hand, self defense remains a factual matter to be addressed by the jury as per evidence displayed on a trial. Mr Zimmerman was entangled in the latter one.

Thus, the answer needs to be explored. It is necessary to find out if Stand your ground turns evil or it’s good enough. There are about two schools of thoughts on this particular matter related to the law. There are people on one side who have been into a situation when they’ve felt the real need to protect themselves from the harmful actions of other people. On the other side are those people who have hardly come across such circumstances. In most cases, the people belonging to the former category would argue in favor marking it good or necessary. The latter group might have the opposite perspective.

The law of stand-your-ground is not something to just vanish away in the air. There are attorneys of Hager and Schwartz that will continue with utilizing them for legal reasons. It is for all those people who are afraid of their personal safety due to the harmful actions of other people. These people may feel the requirement to act in order to protect them self. So, there isn’t denying the reality that any person can be granted immunity against criminal charges in case it’s proven that this is a form of Stand-your-ground. During many such incidences, this takes place at the defendant’s own property. It might be related to a murder.

Different people have different set of beliefs with law. Some may argue saying it helps criminals to move freely after committing a murder. There are also people who believe that it’s a right for humans and everyone can benefit out of it. If someone who is arrested in murder charges believes it’s a stand-your-ground matter, he or she can heir an attorney to explore the truth.