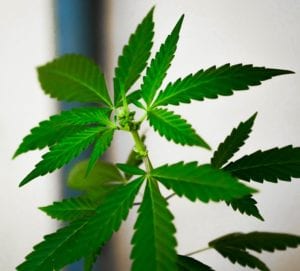 The United States has moved closer in the past few years towards decriminalizing “minor” possession charges involving marijuana in major cities like Philadelphia, PA, New York, NY, Berkeley, CA, and even legalized Medical Marijuana in places like Vermont and Washington, Meanwhile, many others battle or petition for comparable law changes or rights. Though, it’s worth mentioning the majority of states which people wish to open up legal marijuana dispensaries has been few, and seemingly limited to places like California for now.

While the federal to local laws appear unbalanced at best, ‘progress states’ like Florida, Massachusetts, Nevada, Maine, and Arizona appear to be making significant progress with law and policy efforts along with local support. To complicate matters, however, acts on both the part of federal law in combination with non-supporters each individual state continues to struggle in one way or another to find a place to “meet half way” with supporters of legalization. In turn, states vary significantly on their reliance of different marijuana laws, legal growing, use, and medicinal use. Meanwhile, in places such as California, the “right” for individuals 21 or older to be allowed to purchase and use pharmaceutical marijuana as they wish appears to be gaining headway.

Considering law proposals, ballots are being taken, and marijuana laws and policies are being proposed by strong marijuana supporting leaders and organizations such as NORML (National Organization for the Reform of Marijuana Laws) and in some cases gaining support by government officials or leaders. For example, Hilary Clinton has promised if elected, that she would vote to make marijuana a Schedule II drug, and while productive to the cause, this only recognizes it’s medicinal use – and the government’s guaranteed ability to generously collect various fees from each dispensary.

For some, this all rings reminiscent of the prohibition of alcohol nearly a century ago. Though, supporters remain optimistic and state that any support can be positive, and adjustments or petitions to “tax within reason” can be made later, assuming a point occurs in which more than a quarter of the United States are on board with either decriminalizing, rescheduling (or descheduling) marijuana and both legalizing it for personal as well as medicinal use – most likely one before the other.

Some of the most popular, successful states proposing laws, “rights”, and acts in the United States today are the Adult Use of Marijuana Act (also known as Proposition 64), Florida’s Amendment 2, Maine’s Question 1, Massachusetts’s Question 4, and Arizona’s Prop 205 legal initiatives. Regardless of how things turn out, many medical professionals and government leaders remain firm in their stance that legalizing a considerably harmful, (illegal in more than three-quarters of the United States) narcotic is not the solution to solving our criminal justice funding troubles, overpopulated prisons, substance abuse and addiction challenges as a society, nor solving major diseases such as Cancer or Multiple Sclerosis, or worse, major mental illnesses such as PTSD.

There are equal concerns associated with those with dual-diagnosis or disability(s), including mood disorders or veterans back from war having negative side effects and reactions to the power of THC, or Marijuana’s main psychoactive ingredient Tetrahydrocannabinol.

As it always has been in the past, the American people will have the final say, and it’s likely not a question of “if”, but rather “when” many of these laws and policies are effectively put into place across the nation.