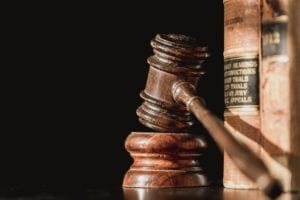 In the United States, bankruptcy of individuals is widespread. Mainly due to the availability of loans that are available to every resident of the country. For example, in 2005, the number of bankrupts reached two million people.

In America, the entire bankruptcy procedure is governed by the Bankruptcy Code and the relevant articles of the criminal code, which spells out the responsibility of the debtor for deceiving a creditor. The recognition of a person as bankrupt can be carried out only in a special court dealing with such cases.

The fact of bankruptcy is established in cases when an individual is recognized as legally insolvent. The initiator may be both the lender and the borrower. Repayment of debts is carried out through the sale of existing property, while persons convicted of attempting to declare fictitious bankruptcy or trying to hide their own property from the court automatically fall into the defendants’ bench as suspects in violation of the criminal code.

Within the framework of the American Department of Justice, the Executive Bureau of the Federal Governors has been appointed, which in each particular case appoints a responsible manager who manages all the bankruptcy procedures.

Debtor insolvency claims are submitted to the local bankruptcy courts. In American practice, there are five options for bankruptcy, but the most common are only two, provided for in sections 7 and 13 of the Bankruptcy Code.

In the first case, the debtor loses all rights to use the property. It is realized, and the proceeds are sent to pay off debts to creditors. In the second case, a part of the rights to operations with property remains with the debtor, but he undertakes to pay the borrowers in an expedited manner. Most often, the second option is used in situations where a bankrupt has a stable income, the amount of which does not allow paying off all debt obligations.

Bankruptcy in America has two sides. On the positive side, the opportunity to start a new life (financially) without debts and obligations can be noted. Negative is the fact that the fact of recognition of bankruptcy over a ten-year period is stored in the credit history of a person, which practically excludes the possibility of obtaining new loans, which is a serious difficulty for a country whose citizens are accustomed to “live on credit”.