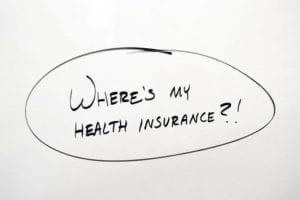 A collective lawsuit on this matter was filed by the governments of 20 states in the United States; they believe that changes in the tax code that destroyed the penalty for not acquiring health insurance deprived this law of meaning. And the court agreed with them, writes “Voice of America”.

There is a high probability that this decision will be appealed to the US Supreme Court.

Recall, the ObamaCare program initially provided that every able-bodied resident of the United States, under the threat of a fine, is obliged to purchase health insurance – either through an employer or in person. The calculation was that the receipt of insurance premiums from young and healthy Americans, who had previously refused medical insurance, would reduce the cost of medical services for less healthy people.

Republicans initially opposed this provision, pointing out that the state does not have the right to oblige people to purchase any services under threat of punishment. Barack Obama called this law the highest achievement of his presidency. Republicans and personally President Donald Trump – have repeatedly tried to cancel ObamaCare. In the courts of different levels there are several more claims related to this program.

On January 1, new tax rules for Americans come into force, which cancel the penalty for not purchasing medical insurance.