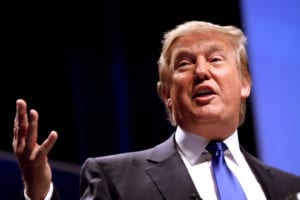 President Donald Trump called on the Democrats to work with him to rectify the situation with the “collapsing” ObamaCare system.

As reported by CNN, on Thursday the president signed a decree, finally shattered ObamaCare: government subsidies to insurance companies for low-income patients discontinued.

The White House has firmly stated that it can no longer provide subsidies legally.

After several unsuccessful attempts by the Republicans to abolish and replace the Affordable Care Act, the president decided to intervene personally.

About the fact that Obamacare needs to be canceled and replaced, Donald Trump said a long time ago, and the new decree is one of the first concrete steps the president has taken to abolish the old system of medical insurance.

“The cost of Obamacare was so outrageous that it absolutely destroys everything,” he said at the signing ceremony in the White House.

The presidential decree will give citizens access to insurance that will not cover the cost of medical care for pregnant women and newborns, cover the cost of prescription drugs, as well as the treatment of mental illness and various dependencies.

In addition, according to the decree, now small businesses and individuals can join groups to purchase insurance policies at more affordable rates.