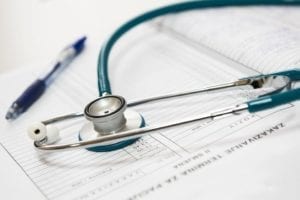 A federal judge in Washington on March 27 blocked a job requirement for Medicaid, introduced in Arkansas and Kentucky, although it was not decided whether any job requirements were incompatible with the mission of the medical assistance program for low-income people.

US District Judge James Boasberg ruled that the employment requirements approved by the Arkansas Department of Health and Human Services were “arbitrary and capricious because they did not consider how such an innovation would affect Medicaid’s main goal: providing health insurance to the needy.” Similar language was also used in the decision regarding a similar lawsuit against the state of Kentucky, writes Fox News.

Employment requirements for Medicaid are already in effect in Arkansas, in Kentucky, their entry into force has been suspended due to lawsuits. Both states want “able-bodied adults” who get Medicaid health insurance to work, study, volunteer, or “be involved in community activities.”

Kentucky Governor Matt Bevin (Republican Party) said that the state he heads will appeal. Bevin threatened to terminate the Kentucky Medicaid program, which covers more than 400,000 people, if employment requirements are eventually canceled.

Arkansas Governor Asa Hutchinson (Republican Party) said he was disappointed with the decision of the court and is preparing a statement about this on March 28.

The leader of the Republican Party of the Arkansas Senate said he does not believe that a court ruling threatens the future expansion of Medicaid, which covers more than 200,000 state residents. About 18,000 people lost insurance under this program due to non-fulfillment of employment requirements.

“I don’t think the state has any reason to panic. This is another obstacle in our path to try to do everything we can in Arkansas, using the opportunities that the federal government and the judiciary give us, ”said State Senate President Jim Hendren.

States have traditionally been given wide discretion to determine the Medicaid benefits system. Overall, Medicaid is the largest government health insurance program, covering about one in five Americans, ranging from pregnant women and babies to people with disabilities and older people living in nursing homes.

Attorneys for low-income people say that Medicaid is a health care program, and there should be no employment requirements.

“It’s pointless and illegal to add obstacles to getting Medicaid for large groups of people who are already working or are constantly caring for family members or have chronic health problems,” said Jane Perkins, legal director of the National Health Law Program, a charitable organization that to court against the government.

“Work should not be the key to accessing medical care,” she added.

But the administration of US President Donald Trump does not intend to surrender, said the head of the Medicare Cena Sima Verma.

“We will continue to champion our efforts to give states more flexibility to help low-income Americans break out of poverty.” We believe, like many previous administrations, that states are laboratories for democracy, and we will vigorously support their innovative, regionally-driven initiatives to develop and implement reforms that will help achieve Medicaid goals, ”said Verma in a statement.

The Department of Health and Human Services has already begun to act in this direction, urging the states to submit requests to establish employment requirements for Medicaid. Verma believes work is important for improving the health and well-being of Medicaid recipients.

Such requests from eight states were approved, although, according to the Kaiser Family Foundation, not all of these regions have introduced innovations. Requests from seven other states are pending.