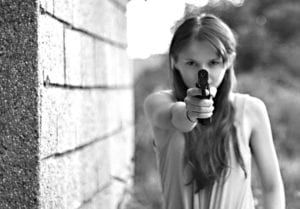 Statistics showed how weapons laws in the US increase the number of murders.

Several research institutes immediately began talking about the problem of increasing the number of murders related to the laws on the free carrying of weapons. According to experts from Oxford and Pennsylvania universities, in Florida such a law increased the number of murders by one third. Scientists from the Harvard Medical School found that these figures can be reduced through changes in legislation.

In 2005, Governor of the State of Florida Jeb Bush signed a law on the use of lethal weapons, including firearms. Earlier in Florida, it was permitted to shoot a criminal in the territory of his own house or plot, if there was a threat to life.

According to him, a citizen is released from criminal liability if he had the right to be in the place where he opened fire, did not provoke the criminal and did not violate the law at the time of self-defense. If these principles are observed, he can take any action to protect himself while attempting to rape, murder and other serious crimes.

Specialists from Oxford and Pennsylvania universities came to the conclusion that the adoption of this law led to an increase in the number of murders. Before the introduction of the law in Florida, an average of 82 murders per month, 49 deaths were associated with the use of firearms.

Killings committed with firearms increased by 31%. In other regions of the United States, the number of murders as a whole decreased compared to the 1990.

The study did not reveal significant changes in the number of murders committed in four states where there is no such law on self-defense. Also, scientists analyzed the situation during the global financial crisis of 2008-2009. It turned out that he had no significant influence on the growth of suicides. Thus, the main factor in the increased mortality, the researchers recognized the permission to use weapons.

Dr. David Humphreys, lead author of the study, says: “For some time, critics of the law on the use of weapons on its territory have been concerned that this law, by extending the citizens’ rights to use lethal weapons, will certainly lead to an increase in the number of murders and injuries. Considering that Florida was the first state to authorize such use of weapons, this served as an example for many other states that later followed it.

Our study shows that the adoption of the law is associated with a sharp increase in the number of murders, especially those related to firearms.

We hope that these results will serve as a source of information for the ongoing discussions about the consequences that the law on weapons can have for public safety in Florida and other US states. ”

The co-author of the study, Dr. Antonio Gasparrini, adds: “The law has been operational in some US states since 2005. Surprisingly, despite the controversy over weapons and the laws on its wearing, very little research has been done on this topic. This study shows that the law on the use of weapons appears to have caused a rise in the number of murders in Florida and also provides important information that may influence the adoption of future decisions on which the well-being of the United States and other countries will depend. ”

The authors of the second study from Harvard Medical School believe that tightening inspections and payment for permission to carry weapons reduce the number of murders in the whole country. They came to this conclusion analyzing five types of laws relating to carrying weapons: trade, inspections, child safety, the prohibition of the use of military equipment and the ban on shooting in public places. Laws on trade and child safety, however, with the number of murders in no way correlated.