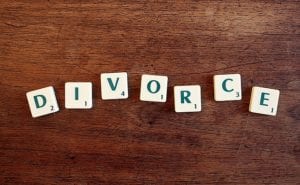 What is the real cost of divorce in the US? Higher than you could think

Divorce is not only a change in the way of life, it is also a financial challenge. You, probably, should divide property and monetary actives, and it in most cases is perceived as loss. You may also have to pay your / your alimony for a spouse or a child.

These costs depend on each specific situation. It is impossible to clearly name the amount that you can get divorced, because you need to take into account the laws of your state on divorce, your current financial condition and, most importantly, whether you and your spouse will reach an agreement on the conditions of divorce.

If you are on the verge of a divorce, it is important that you know about the 3 categories of costs that you will incur with a high probability: paying for a lawyer, the cost of an alternative dispute resolution and legal costs.

The cost of attorney services for divorce cases may be high

The court does not require that you hire a lawyer to lead your divorce case, but most people still need it. As a rule, many couples need 2 lawyers, one for each of the spouses.

The services of lawyers on divorce cases are not cheap. Moreover, they can be the most expensive item in your list of costs associated with divorce.

Many divorce attorneys charge an hourly fee. This means that you will be billed for every full or incomplete hour spent by them to talk with you on the phone, conducting investigations, drafting documents, filling out forms or presenting you in court. The total number of hours is then multiplied by the cost of one hour. This figure subsequently appears in the invoice issued to you, usually monthly.

How much does an hour of such a specialist work? The legal information website Nolo conducted a study of attorneys’ rates on divorce cases in all states.

The more important factor in determining the total amount of your lawyer’s fee is the number of hours spent by him or her on your business. The difference between $ 50 and $ 650 per hour is huge, but if you multiply these figures by 20 hours, for example, then the gap will be even greater: $ 1 thousand and $ 13 thousand.

Nolo also asked their readers what total amount of lawyer fees they paid for the divorce. The average figure spent on lawyers is $ 12,800. With an average cost of $ 250, this is approximately 50 hours of work for a lawyer.

Even if we consider only the lawyer’s fee for divorce cases, it becomes obvious why many people think that getting married is too expensive financial pleasure.

Is it true that reconciliation of spouses is a cheaper solution?

In general, the court encourages (and sometimes requires) that the parties to the divorce proceedings use different alternative ways of resolving the dispute. The most common of these is the reconciliation of spouses.

At reconciliation, each of the pair communicates with a neutral mediator (mediator). In some cases advocates act as mediators. Also, the mediator can be lawyers in cases of divorce. The mediator’s task is to help the couple find a common position and come to a divorce decision without a court hearing.

Some courts require the reconciliation of spouses in cases where the issues of custody of children or alimony are being considered. Such services, including those provided locally in your county, may be free of charge.

There are also lawyers offering private mediation services. Most of them charge an hourly fee. The rate is from $ 100 to several hundred dollars, according to Nolo. The average cost of the reconciliation process conducted by a private lawyer is $ 3,500, according to New York Parenting. As with a lawyer, the cost of mediator services depends on how many hours he / she will spend on your case.

Confrontation in court for divorce cases is an unpleasant occupation. It will be even more stressful if you take into account the cost of legal services that are added to your general account for divorce.

Do not forget: if you file a claim for divorce, you have to pay the court. If your spouse does not respond to the lawsuit, he or she will also have to pay the cost of court services. As a rule, they depend on each individual state. For example, in California, the cost of filing a lawsuit is more than $ 400. Those who can not afford such a sum can apply for exemption from payment.

You may have to pay extra fees for the court. For example, if you file additional motions or go to a hearing, the costs of litigation will be higher.

If you add legal costs, attorney’s fees, as well as other costs (for example, the services of a tax consultant, a child custodian, an appraiser at home, etc.), the total cost of divorce can be thousands and thousands of dollars. According to the Nolo research, most people enjoy this “pleasure” at $ 15,500. Those who go to court pay even more – almost $ 20,000. The pairs that managed to negotiate in the divorce case spend less than $ 15,000.

How does the court divide the property in the divorce proceedings? The rules are different for different states. Where rules apply to the common property of the spouses, everything that each of the spouses earned during the marriage is considered common property and is divided between the spouses in half. If you live in one of these states (for example, California or Arizona), then expect that the court will divide between you not only the house, but also bank, investment and even pension accounts.

In other states, the rules of “commensurate distribution” are applied. In such states the court must divide everything in a fair way – but not necessarily equally.

This means that you may have to give the spouse the money earned before the marriage, if it is necessary for fair distribution.

There is still child support for children and a “section” of children. If you have underage children, you are required by law to provide them with financial support. The parent with whom the children are staying supports them financially by providing shelter, food and clothing. The second parent is obliged to pay alimony. Each state has its own rules for determining the amounts of child support.

How to reduce the cost of divorce to a minimum

Such advice can be obtained from experienced attorneys in cases of divorce. They immediately learn the things with which the lawyer will work more than usual.

If either one of the lawyers, or one of the spouses takes an inadequate position, the cost of divorce will be much higher.
The more clearly formulated the questions, the less time the lawyer will need.

One more clue: before the wedding, draw up a contract prescribing how you will divide the property in the event of a divorce. Such a marriage contract significantly reduces the number of hours a lawyer works.

Divorce is not easy. But if you understand in advance what costs will arise in your process, it will be a little easier.