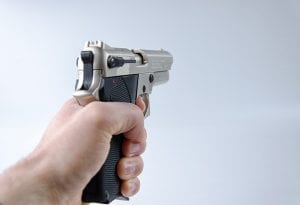 Not everyone has enough firecrackers and fireworks to celebrate the New Year. Many US residents like to shoot in the air on a festive night.

Such actions are dangerous and entail criminal liability – warn the police in Los Angeles. In a memo issued on Friday, the department recalls that shooting in the air violates 246.3 article of the Code of Criminal Procedure. In addition, falling bullets are accelerated by gravity and can injure passers-by.

“Do not drive drunk and do not shoot in the air, do not make others suffer from your irresponsibility,” calls the head of the Los Angeles police, Charlie Beck, in a video message.

According to police, on the last New Year’s Eve in the Los Angeles County, 117 cases of illegal shooting into the air were recorded. As a result of such offenses, one man was wounded in the head from a falling bullet.