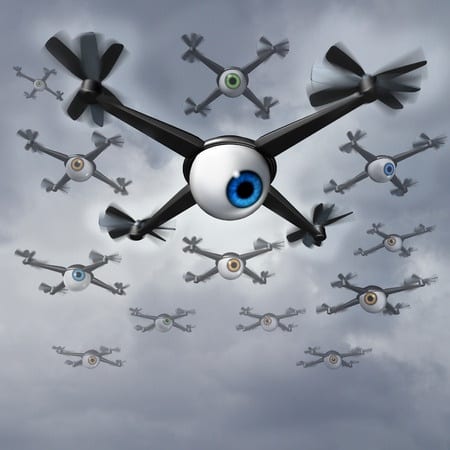 Persistent Surveillance is company which helps police to fight crimes in United States. It is headed by chairman and CEO Ross McNutt. The former Air Force employee has several years of valuable experience in intelligence and surveillance. Ross is hopeful of new invention catching on with politicians and governments in dealing with crimes. Through this new technology, man driven planes and advanced cameras capture the happenings at crime scene from above. An analyst’s team utilizes the obtained footage to track the culprits from crime scene to latest location. Police are notified of these crimes ranging from burglaries to murder.

Persistent Surveillance is primarily contracted for some short missions at present. It includes frequent crime areas with US such as NJ, Camden, etc. It is also working in plenty of world’s highest crime regions such as Mexico’s former murder capital city, Ciudad Juarez. The surveillance company of America is nestled inside a small room full of televisions and computers at Dayton, Ohio.

According to McNutt, one of the main problems to surface is the occurrence of crimes more than what they could investigate. However, one of the corners of this world in Mexico where assassins are referred as sicarios and rein fearlessly, this upper eye is a great step towards seeking justice. As much as 34 murders were witnessed and confessions of 74 murders were also recorded, expressed Ross McNutt.

Persistent Surveillance has advanced cameras capable of grabbing images inside a radius of 5 mile. This is irrespective of the direction which totals an impressive 25 sq miles. However, the image is only visible in a single pixel which displays people as visible as little moving blurs. Their visibility is enough to raise an alarm for policy analyst Jay Stanley. He works for American Civil Liberties Union and criticizes McNutt on his high fly technology.

According to Stanley, crimes can be solved with the desire to convert a country into totalitarian state. All the activities of people from A to Z are watched with this policy. Traditionally, the government won’t interfere with the privacy of people unless managing a certain evidence of the person involved in crime. McNutt has revealed how some of these cities so far have shown reluctance towards the acceptance of this technology.

McNutt points out that some of the citizens are concerned whether the surveillance is same as big brother. They are insecure of being watched all the time which isn’t liked by them. McNutt reveals it is possible for them to image only half portion of the city. They only head into areas from where the crimes are being reported.

This American Surveillance firm is just a part of growing multibillion dollar industry. According to report formulated after expert analysis, private surveillance market or industry is likely to turn into 39 billion by 2020. At present, McNutt has already submitted contracts worth millions of dollars with the governments. He aims to target cities such as Afghanistan, Baghdad, Chicago and Kabul. Ross believes that awareness among criminals of a flying surveillance is likely to prevent the crime from occurring in most cases.