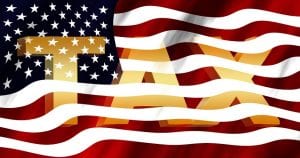 The Senate voted for the biggest changes in US tax legislation since the 1980s. Many media outlets called this decision the true victory of Trump and his native party.

The president promised a “significant and beautiful Christmas gift” by the American tax cut. And now he has all the chances to keep his word.

But the gift will be really “significant” not for everyone, because according to the new bill, a substantial reduction in taxes is expected only to wealthy citizens and businessmen.

It is worth noting that about 400 wealthy Americans, for whom the reform was supposedly inappropriate, sent an appeal to the Congress several weeks ago, urging them not to reduce their taxes.

Despite this, Trump did not change his goal. A few hours after the pre-dawn poll, the president praised the Senate for approving a “grand tax reform” and emphasized: “People will be very, very happy.”

Republican leaders also continue celebrating the victory in the Senate. They predict that tax cuts will push US companies to invest more and stimulate economic growth.

“We have the opportunity to make America more competitive,” said Mitch McConnell, Republican leader in the Senate.

Note that the bill was adopted with a score of 2 votes. At the same time, the Democrats in full voted “against” the proposed bill; they were supported by one of the Republicans – Bob Corker, who from the beginning was against any increase in the federal budget deficit.

“The Republicans managed to create a bad bill and make it even worse,” Chuck Summer commented on the Democrat leader in the Senate. “Under the cover of darkness and with the help of hasty changes at the last minute, they filled the pockets of the rich and largest corporations with even more money.”

Just hours after the tax reform in New York, there were protests against this decision. Demonstrators gathered near a restaurant where a fundraising charity event is planned for Trump today.