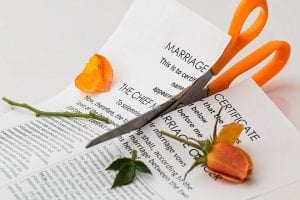 In the new draft law on taxes (occupying 429 pages), the Republicans added an item that provides severe financial consequences for those who decided to terminate their marriage. From now on, alimony will be taxed, and they will be paid by the same spouse who writes a check to them. At the moment the tax deductions for the payment of alimony are made by the person who receives them. But with the adoption of the bill everything will change. The rule will come into force for all divorces made since the beginning of the New Year.

The creators of the law are confident that such a step will provide more tax revenue, which the state receives through divorce, since alimony is usually paid by an ex-spouse with a higher income level. According to forecasts, the change should bring to the treasury an additional $ 8.3 billion over the next 10 years. The Business Insider magazine gives an example of a hypothetical family of Bill and Alice Smith. Bill earns $ 80,000 a year as an engineer, and his wife, the artist Alice – only $ 20,000. In the event of a divorce, Bill will pay $ 10,850 of tax per year and an additional $ 15,000 in alimony that Alice will receive, which only needs to pay $ 660. The joint tax already ex-spouses will be $ 11,510, which is 35% more than their total tax as a couple. Thus, the new tax plan can reduce the number of divorces. But on the other hand, the bill can turn an unhappy marriage into financial bondage for those who can not pull the payment of “fines for divorce.”