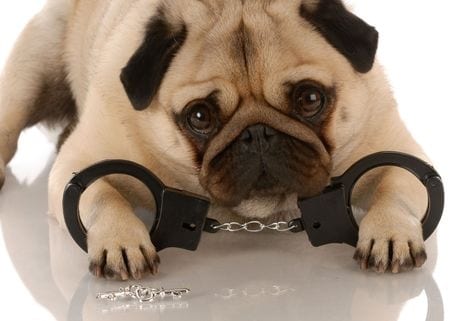 It is a commonly known fact that many states of US are in the habit of introducing strange laws for certain purposes. For instance, in state of Oklahoma there is a strict ban on the promotion of the event of horse stripping. In state of Minnesota it is mandatory for every bathtub to possess feet and in state of New Hampshire citizens are prohibited to answer the call of nature openly on Sunday. Irrespective of the reasons for the introduction of these laws but in reality those causes are quite absurd. Absurd laws are not usually enacted though these have been printed in the legal book for quite some time. Police often prefers to ignore such laws rather than completely removing them. The reality is that not every law is absurd but among them some are quite strict.

In the upcoming week, the State of Florida is expecting a court verdict on an existing legislation on dog. It is time for the judge to arrive at a decision whether this existing dog legislation is valid or not. It all begins when the state of Florida introduced a law which mentions that when any burglar suffers severe dog bite during unauthorized entry into the house of any person, then that domestic dog will have to face severe punishment. No doubt, that this Florida law is quite unfortunate as it will take tough action against that faithful dog for protecting the house of his master. This existing Florida law has gained much focus when Padi, the black colored Labrador from the city of Bradenton, is expecting death sentence for causing harm to a child of four year in the month of June through its bite. In the upcoming week the judge will give verdict whether this Florida law is valid or invalid

This case has got much publicity when the lawmaker from the area of Sarasota Greg Steube attempted to reverse this age old Florida law. He is supporting a legislation that will empower the owners to describe the events which culminate in the violent behaviors of their dogs. So once the owner is successful in convincing that to the court, then this bill will save that dog from the gallows of death. Though this legal bill has been supported in the previous trial but it still needs to be approved in the coming trials. Steube is expecting the introduction of new bill before the governor of Florid in the coming January.

Once the court declares that the existing Florida law is invalid then there is no problem in the release of Padi. On the contrary if it upheld the existing law then owners have the option of referring the matter before the higher court for reconsidering the decision of the previous court. No doubt, it is a much debated issue because majority of the people are in favor of death sentencing of dog whose bite can cause death to any person. But at the same time, the owner of the dog must have the option of explaining the reason for the violent behavior of their dogs. The issue has to be studied properly before arriving at a fixed conclusion.