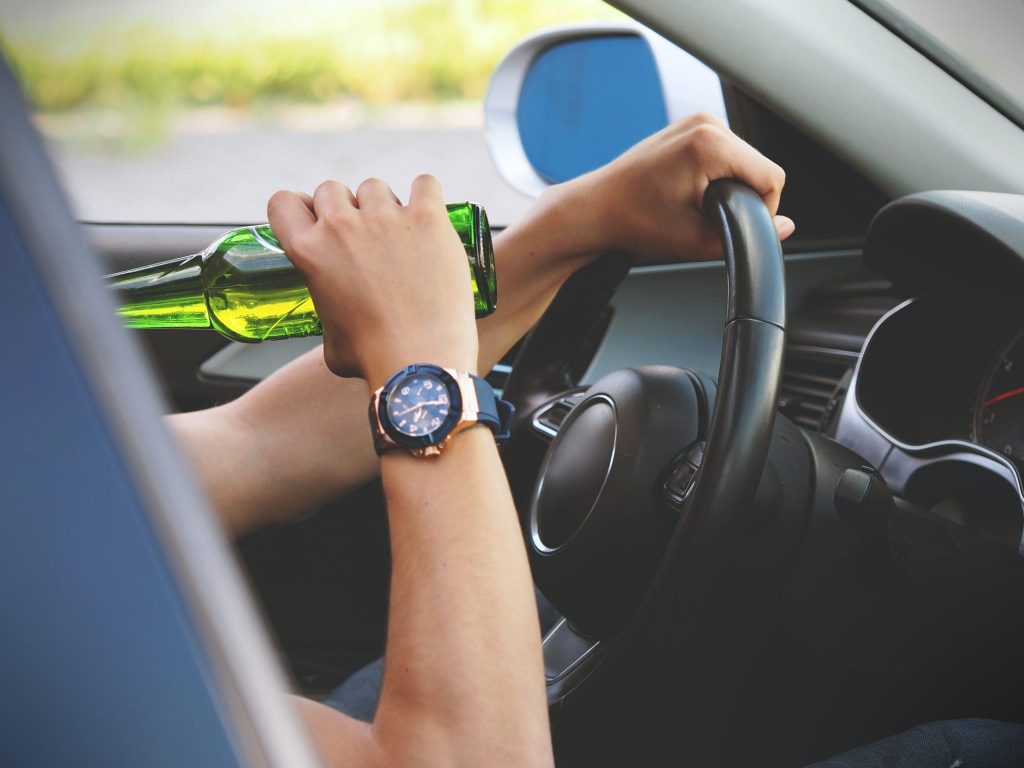 The active substance of all alcoholic beverages – ethyl alcohol – in high doses for the central nervous system is a depressant, i.e. it slows down the processes occurring in the higher nerve centers of the brain.

Ethyl alcohol is a flammable, colorless liquid with a characteristic odor; it is a potent drug that first causes excitement and then paralysis of the nervous system.

Alcohol intoxication is considering to be a blood alcohol content of 0.3 ppm and above. Such a concentration of alcohol in the blood founding in a person of the average build after:

The most dangerous changes after drinking alcohol are noting in the course of mental processes:

With a state of alcoholic intoxication, the following symptoms appear:

The result of exposure to human vision manifesting in the following:

The situation is further complicating by the fact that alcohol reduces a person’s ability to sober self-criticism. This is manifesting in the fact that the drunk driver sincerely believes that he drives the car better and safer than it actually happens.

In no case, you should think that you can safely drink up to 50 ml of vodka or 500 ml of beer. It is impossible to calculate the “safe dose” of alcohol. And it is impossible to predict what dose of alcohol in a particular person in a particular situation will cause a state of alcoholic intoxication with the above symptoms. It depends on a large number of individual physiological and situational characteristics.

Driving is, in any case, a potentially hazardous activity, attentiveness while driving can be reduced for many reasons, even in a sober driver:

Therefore, there is no safe dose of alcohol, including beer, for the driver. Driving and drinking in any minimum amount are incompatible!

It should also notice that the state of a hangover after drinking the day before, even if the next morning alcohol is no longer detecting in the blood, can be no less risky and dangerous than the state of alcoholic intoxication.

In the case of post-intoxication syndrome, when the body is poisoned by the decomposition products of alcohol, the same mental functions listed above are disturbing.